Khan Tengri Peak, which travelers will learn about during the tours with Kyrgyzstan rent cars service, is another famous peak of the country, which is 6995 m above sea level. However, it is noted that the ice cap makes the mountain about 7010 m above sea level. During the tour with car rent service, informing guests of Kyrgyzstan about Khan Tengri peak, they tell that it is located in the Issyk Kul region and is the border with Kazakhstan.

Travelers can also learn during the tour about the name of this mountain among the locals as "Prince of Spirits" or "Ruler of the Sky". Travelers should also be informed that Khan Tengri peak had different names at different periods, since the researcher made a mistake in describing the peak, mistaking it for peak Pobeda. During the tour, the guests of Kyrgyzstan will learn more about Khan Tengri and, for example, that the original name is Kan Tau (Blood Mountain). This name was given most likely because of the blood of the dead climbers or because of the red sunsets. 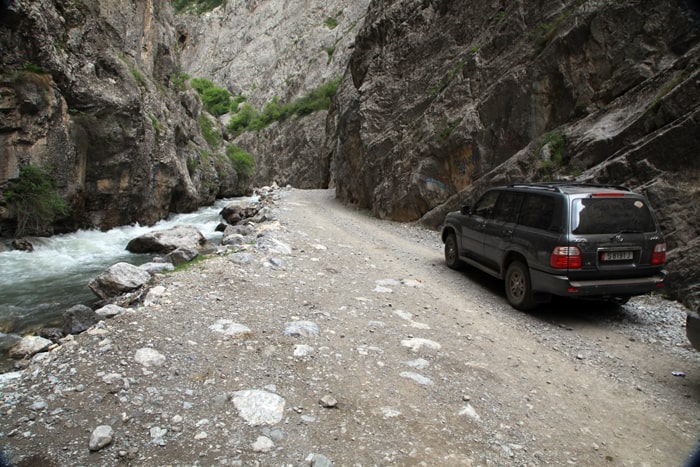 By the way, the guests studying this place during the hurray with the car rent service will also learn that in 1931 a team from Ukraine was the first to climb to the top, although during the Soviet Union, ordinary people were not allowed to enter the mountain. This prohibition most likely existed due to the fact that the territory was not sufficiently explored. On the territory of the mountain are the Enilchek glacier and the Merzbacher lakes, as well as amazing valleys and rivers, gorges with unforgettable views.